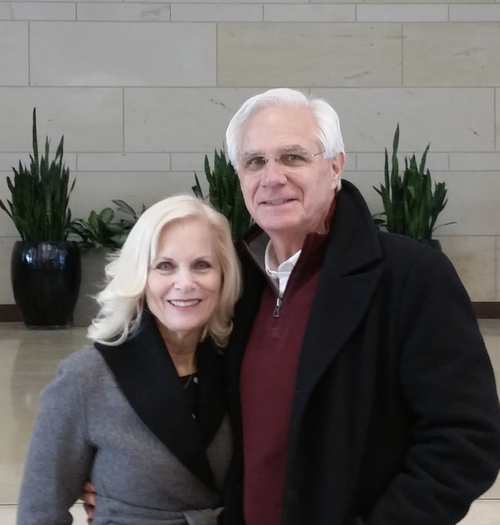 Donate
Newsletter
Sarah has been a member of FIRE Church since January 2001. She graduated from FIRE School of Ministry in 2002 and then served as the school’s registrar for several years. Prior to attending FIRE School of Ministry, she served as an associate pastor in a church in Seattle, Washington, and has been used of God for over a period of twenty-nine years to minister nationally and internationally.

Guy served as the executive director of Intercessors For America from 1976 to 1985, and then as the pastor of a church he founded in Elyria, Ohio, for the next sixteen years. From 2003 to 2015, he resided in Jerusalem, where he served as a leader of Succat Hallel, a 24/7 prayer, praise, and proclamation center, and as part of the leadership of Intercessors for Israel. Since 1985 he has traveled internationally as part of Prayer International, a prayer-focused ministry.

In August 2015, Guy returned to the United States and joined FIRE Church, where he met Sarah. They were married in January 2016. God is now calling Guy and Sarah to serve together to proclaim the prophetic word of God, specifically relating to Israel, and to teach on prayer and the prophetic.

They continue to travel domestically and internationally to pray at strategic locations for revival, for righteous leaders in governments and enactment of laws that reflect Judaeo-Christian values, and for the salvation of Israel and the peace of Jerusalem.